Everything that appears in our life is only a projection of our programing.

There are two ways to live your life from memory or from inspiration.

Inspiration is the divine giving you a message.

The only way to here the devine and receive inspiration is to clean all memories.

Being Aware of the Impulses: From thoughts that are tainted by painful memories from the past.

The Idea to do something appears in your mind- So are you coming from inspiration or memory?

Act or not act if you are aware of the impulses to do something.

Again you can say yes or not to it.

The problem solving process is 100% up to yourself.

It takes mindfulness to see the choice.

By constantly cleaning all thoughts, whether inspiration or memory.

I will be better able to choose what was right for that moment.

Describing how ancient yogis could communicate a thousand miles away just by thought.  It essentially it's like a modern internet.  How one computer could communicate with another computer.  Do you believe the human mind can be trained to influence another human mind who are far away just by turing our mind to the right frequency?  Can it be trained ?  It's not just about the mind, The english word mind generally is reference to the thought process.

The thought process is the most surface element of the mind.  In yoga science we do not attache an importance to what your thinking about and feeling right now.  What can you think only the data you have collected and recycling it there is no great consequence.  Whatever is at the surface of your mind keeps rolling there is no consequence what your thinking and feeling is a very surface of the mind.  There are deeper dimension of the mind.  In Sanskrit language there are many words to describe different states of mind.  There is one aspect to the mind which is called chita, is the innermost core of the mind which is the connection what we are referencing to as consciousness.

It is a quantum leep from physical to non physical dimension.  A non physical dimension being the life of the existence.  It is the non physical.  If who's life the physical is happening.  Physical is a small happening. In this large cosmo not even 1 % is physical.  the rest is non physical.  This non physical dimension in the yogic terminology we us a specific sound which is connected with that dimension today it is lightly distorted.  We call this Shiva which means that which is not.  When we reference to shiva we are not referencing of some man sitting up there.  We are talking about a dimension which is not but it is in the life of this dimension everything that has happened So if your chita becomes mildly conscious your ability to not only communicate an idea or a thought even to deliver something is possible physically to deliver something is possible.  Is it possible in theory yes but are we willing to work towards it that is a question mark.

In our education system we have glorified our thought.  We will have to bring it down will take some time.  To make them understand the stupidity of there thought  Because everyone thinks they are smart.  But the most smartest thing about people is there phone.  Your thought process is just an outcome of the limited data that has been gathered. It does not matter if I read the libraries of the world.  Still it is to limited compared to what it is.  What the creation is. With all the scientific development we still do not know how a leaf really works, we really don't know how a single atom in its entirety with all the scientific information.  That should be humbling enough.  We know how to use things but we do not know what it is.  It will take a lifetime of attention to even grasp the fundemental of what it is.  If people understands the whims of their heart as the dumb. If they also understood the smartness of the thought process and their emotions are quite dumb now it becomes easy to train people.  Not that I have this thought and I give it to you.

Things will happen to you before you think.  What is best for you will simple happen before you articulate in your mind.  You don't have to ever think of what to become. How you want to be life will just arrange itself an intelligence what you can contain into this boom box.  Starts working for you.  Did you ever hear of the story of Ramans junn he opened the window with his davie and he becomes that kind of mathematician after 1 century they are still trying to figure out of what he said.  The mathematical calculations that he gave is the backbone for describing the blackholes in the universe.  When he was there there was no word called  blackholes but he new there was such a thing.  When we say black hole what we are talking about is the curve of time and gravity which modern science is battling with he made a mathematical background for that .  As the curve increases what is in existence becomes non existence.  So this is what it is when we say yoga you reduce the curve in such a way that what is largely physical becomes non physical.  Once it is non physical time and space is not an issue.  Once Time and space is not an issue communication is simply there. 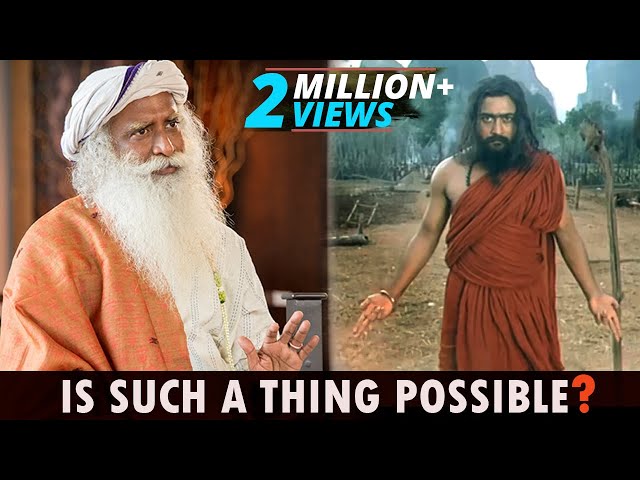 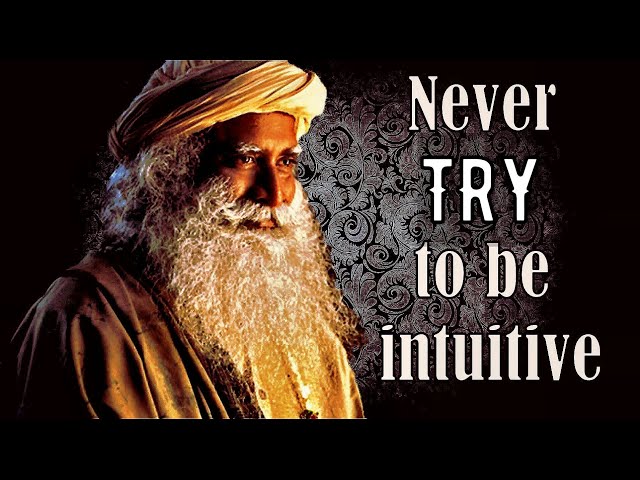